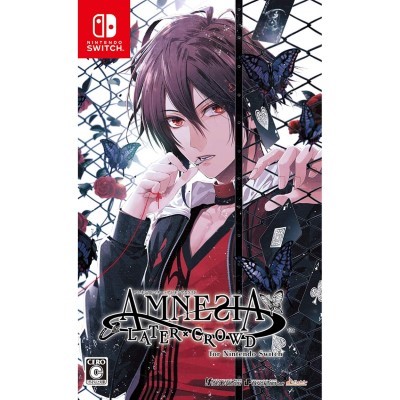 Amnesia Crowd
A series that revolves around three concepts:

Suspense: Taking place on a day in August, after regaining her lost memories, the heroine is now coming to understand more things about ‘him’. However, due to a twist of fate, she becomes caught up in a certain incident, and separates from ‘him’. And so, in order to save her, ‘he’ races through town. Thus, births a suspense story with various perspectives.

Working: “Meido no Shitsuji”, a cafe with a butler & maid concept. The heroine challenges the job without remembering anything, with only verbal help from workmates and strong-minded partner, Orion. Thus, gives birth to a comical story with cute and jovial chibi characters as you challenge the mini game!

Love: Taking place after the end of “Later”, two hearts as one after regaining her memory. As the seasons flow on, and to happy days, comes a new change. Thus, gives birth to a sweet and wistful love story that shows the characters in a new outfit.

Amnesia Later
There’s “New World” which is like another story to the original story where the heroine still has no memories. The After Story takes place after she regains her memories in the original game and then there are other bonuses like Waka World and Girls Party. Additionally, you get a chance to reflect on your past journey with Orion.